Serving the Indigenous Church in Paraguay

(Sorry for not having pics in this post, I am having some technical difficulties! Maybe next time… ;))

As I woke up this morning, I was reminded that today was September 12. Why would that be any date particularly important? Because September 12th, 2013 is the day I moved more than 5,000 miles away from my beloved family, my beloved friends, my beloved church and my beloved state of Michigan. Why? To follow the One who holds the world in His hands, who is loving and faithful to the end, and the one that has such an unending grace that He doesn’t even want ONE to perish! And what a privileged 4 years I have lived.

I remember the days leading up to the big move, crying every Sunday for not weeks, but MONTHS straight, going through my 27 years of collected earthly possessions, getting in the last lunches, coffee dates, shopping trips, and best of all, snuggles from my adorable 4 nieces and my nephew. I remember the fear and trepidation that gripped my heart at the great unknown, the questions of would I ever be able to see certain loved ones again, would new nieces and nephews come along and I would have to miss their coming into our great family, the youth group kids and events I would miss out on and pictured who’s weddings I most likely would have to miss. And, because of knowing I would have to miss so many of those things, a constant prayer of my heart was, “Lord, if I’m not going to make it for the long haul, please don’t even allow me to go!” Those were some hard, painful days.

But at the same time, there was so many wonderful things that happened as well! There were people who were encouraging me with notes, prayers, visits, and extra special sacrificial gifts. There were tears from others as well, which were reminders that even though it was rough, I had SO VERY MUCH to be thankful for! I mean, not many people get to have a commissioning service in their church and see and feel the love of so many people all at one time. Not many have sisters that spend their last night together, end up not being able to sleep because of a mix of emotion and sadness and get only 1.5 hours of sleep the night before their big flight. Not many others see just how generous the Body of Christ really can be when they aren’t the ones being blessed. Not many have little nieces that count down the years until they get to see you again, arguing saying that “Aunt Katie said I would be 7 when she comes home!” only to find out that, just like her mother said, I did indeed say she would probably be 9.

Among the sadness and hard moments of those times, there was joy in abundance to be found.

I remember getting off the final plane (FINALLY!!!) and being welcomed at the airport by my new family. Mannnnn. He knew what He was doing when He gifted me them. No other missionary here had 3 instant best friends/sisters that not only welcomed me with open arms, but also spoke English! So, God gifted me EXTRA, knowing that relationships were SO important to me that I was able to communicate with at least them right off the bat, building the foundations of some of the BEST and CLOSEST relationships I have made here. And sometimes, those relationships were the only thing I held onto as the realities of life were a little bit to hard to bear.

Living in a community where you don’t know the language or culture really can be a bear. It really tested every ounce of faith and strength I had in me, bringing me SO MANY TIMES to the end of everything I had in me, having to rely on His strength and endurance, only to realize it was only Him all along anyway. I’ve decided that “doing life” by oneself is for the birds, and I have gotten really good at talking to myself. (After my first year, He gifted me with my pup, Michigan, so at least I could then talk to a living thing, and not just to the walls…) But, I have also found out that there is so much growth and awesomeness to be found in solitude, in being in those lonely places that you’d never thought you could live through. His love, faithfulness, and goodness became SO MUCH MORE evident to me in those times. And, I gotta say after these 4 years, it’s not so bad after all, though sometimes I still do crave someone to have a conversation with. 🙂

I remember when I had been on the field for 3 months. All the NTM missionaries were at our annual field conference on the date of my anniversary, and it happened to be open sharing. And I got up and praised God and was SO excited that I had made it to 3 WHOLE MONTHS! Guys, I didn’t think I would in those first days, weeks, or even months. 3 months was a big deal! I’m sure those veteran missionaries were thinking, “Girl, you haven’t even gotten to the kind-of-hard stuff yet!!”and inwardly rolling their eyes. But, in their graciousness, instead they clapped and rejoiced with me. Because I am sure they remember those first few hard times too.

I’ve had an identity crisis or two … going from being crazy and out-going, to sitting in the corner hoping no one talks to me for fear of saying or acting wrong. I have gone from being with people every moment I can to sometimes doing all I can to avoid people all together. But, I have gone from finding my identity in “Katie” and what I thought of myself or what others thought of when they think of me and letting THAT rule and run my life, to knowing and understanding Christ a bit more. And knowing and understanding what is true of me because it’s true of HIM, and letting that flesh itself out in my thinking and daily life.  (Not that I’m perfect at it, but I’m praising Him for the growth that’s taken place, especially in this area!)

I remember the moment I was talking to my friend in Spanish, and realized I had built a relationship with her all in this language that had previously been foreign to me – and that we were talking about IMPORTANT things! We were talking about the Lord and about our feelings and about LIFE! Man, I could not have been more excited. The work was paying off!! What an encouragement to my soul that was to keep going, and that He would keep giving the increase!

I could go on and on with ups and downs. There are so many on both sides. But, I’ll save those for another time.

4 years. 4 years of getting closer to finding out what “God is good” really means, and it’s not just that I am happy with how life is turing out. 4 years of seeing Him provide time and again, even when I don’t deserve it. 4 years of struggling to communicate, and sometimes even to just live …

As I sit here and think about the 4 years I have been here, it’s hard to come up with an answer of what has been “accomplished” in these 4 years. Learned a language? Check. Learned a little bit of culture? Check. Made new relationships and friends? Check. Learned how to live in a country that is not my own? Check. And love said country? Check. (Well, most days! 😉 ) Gained more nieces and nephews? Yup! I now am up to 8!! (And am still waiting to meet 2 of them in person!) Am I living and ministering among a group of tribal people, zeroed in on those with whom He has called me to spread the Good News to? Well, that question can’t be answered positively yet. But, He’s got a plan and I’m resting and trusting in Him.

But more than what’s been “accomplished”, in these past 4 years I have been more convinced of not only His great and abounding love, faithfulness, and grace to me, but of His desire that ALL would know Him and be able to also experience His abounding love, faithfulness and grace. I have been given the privilege to leave behind people, things, and places that I hold dear to my heart to hopefully have the chance to convince others to break ties with people, things, and places that they hold dear to their hearts in the realities that they are currently living, not knowing of the One who is greater then ALL those things! These past 4 years have convinced me even more that life is not worth anything if it is not lived following HARD after Him, the Giver of Life. And so, though I may not be where I would have wanted to be at this point, it is still worth it. He is still working. He is not done writing His story for my life here in Paraguay, nor is He done working among the tribal people of this wonderful country that is now my home. These verses from 2 Peter 3:8-9 come to mind as I am marveling and remembering these past 4 years:

But do not overlook this one fact, beloved, that with the Lord one day is as a thousand years, and a thousand years as one day. The Lord is not slow to fulfill his promise as some count slowness, but is patient toward you, not wishing that any should perish, but that all should reach repentance.

I have had 4 GOOD years here in Paraguay. 4 years of hard things, awesome memories, and unfulfilled wishes. But they have been the 4 best years of my life. I can’t wait to see what the next 4 years bring here, and the next 4 after that! I am filled with joy, encouragement, and hope as He continues to give me life here in Paraguay, not wishing that ONE here should perish. 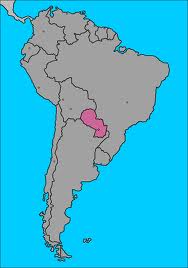 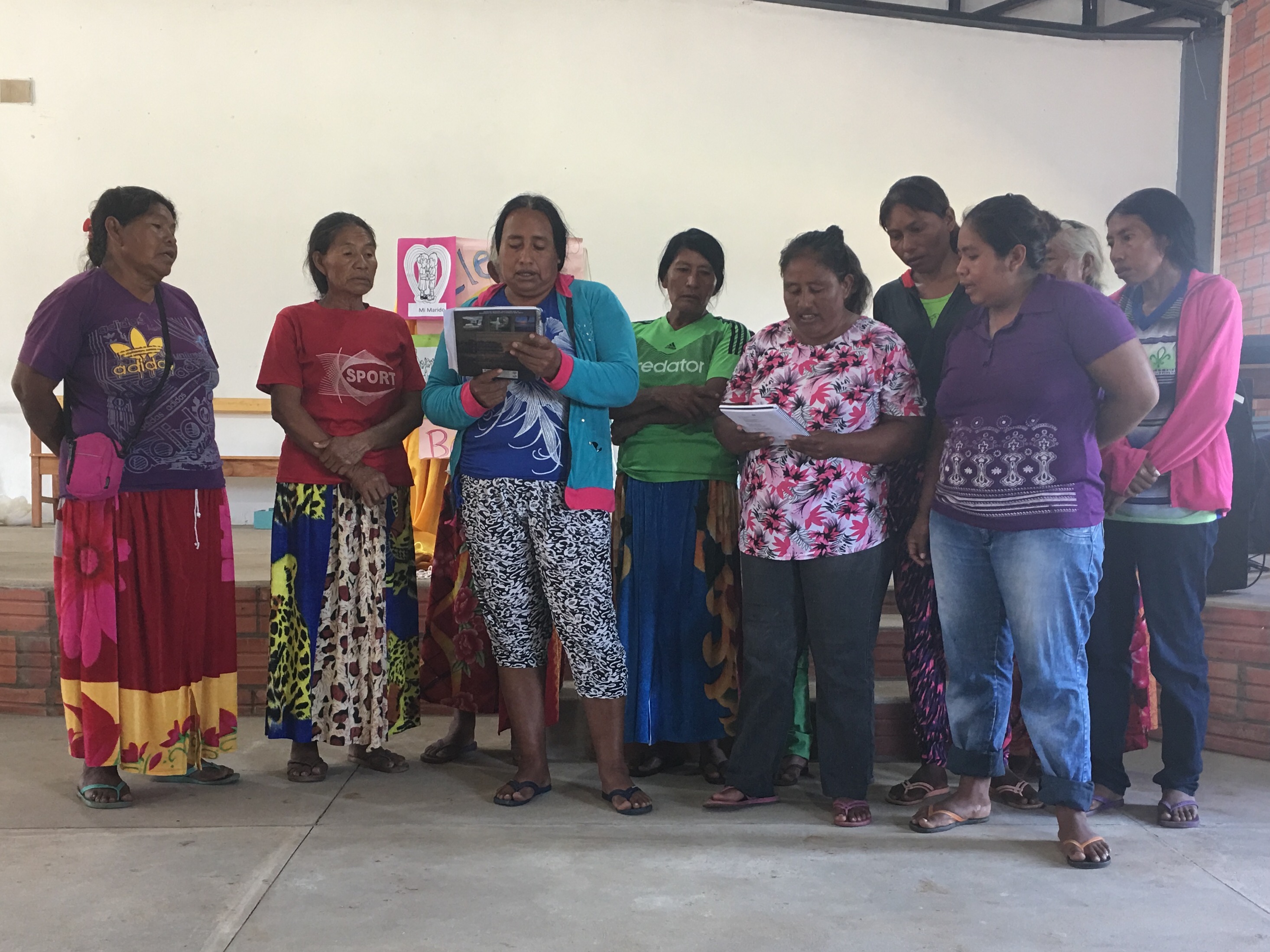 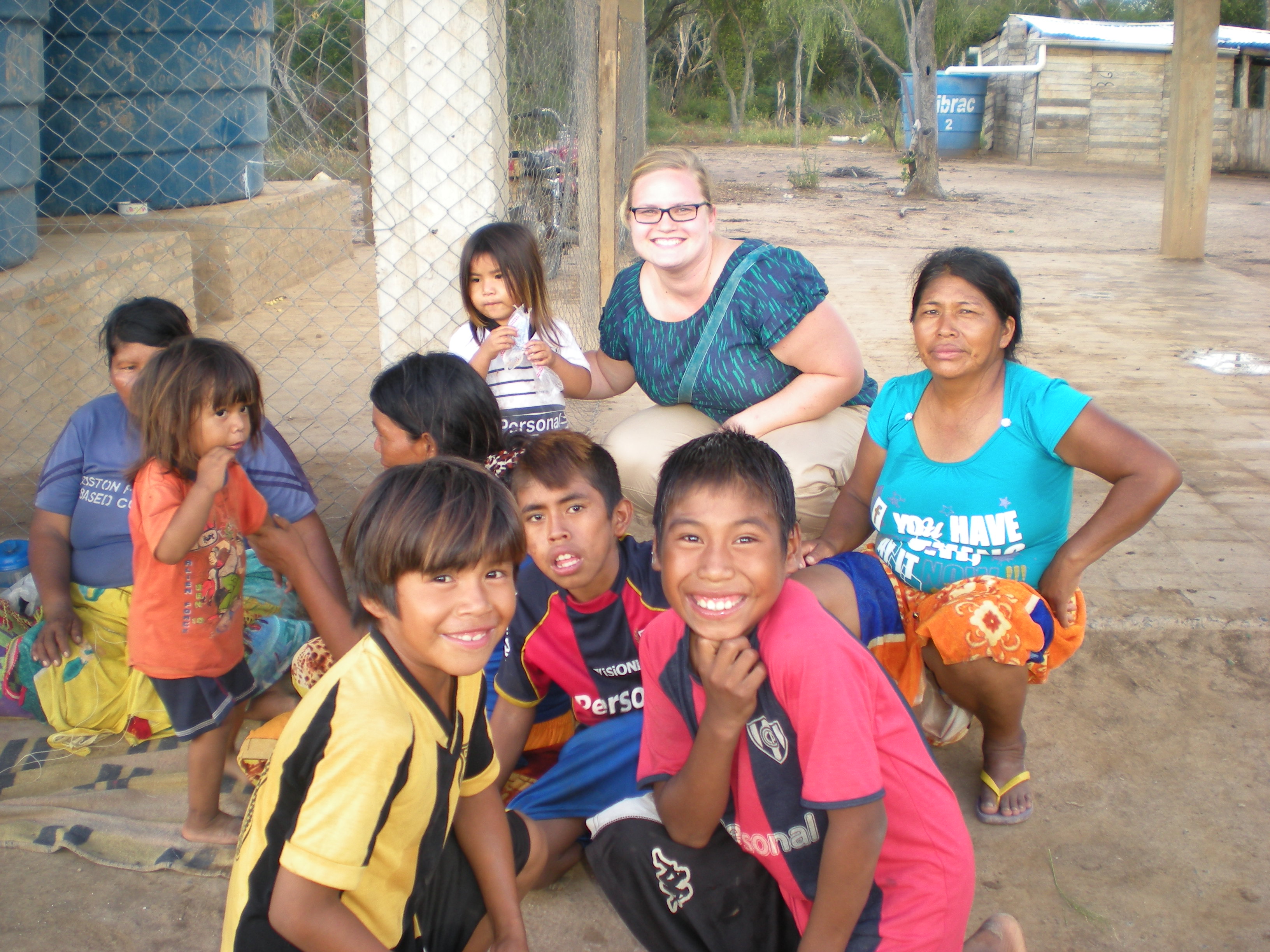